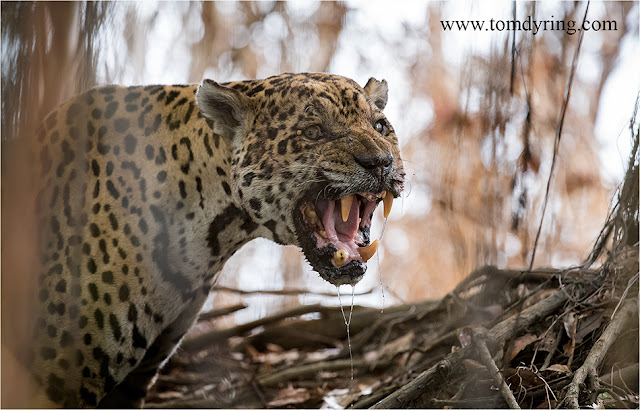 We are in the vast wilderness of Pantanal Brazil to look for jaguars. One evening we find a mating couple on the riverbank. The big male is an "old friend" of ours, and luckily he is known to have a steady & accepting attitude to humans. He has a big scar in his left lip, so let`s call him "Scarface". We follow their amorous adventure on the beach for hours and sometimes we get really close to them ... until the Brazilian night swallow them into the big black sack. Next morning we go to try to find them again and thanks to the growing & snarling from the matings we manage to locate them. At least : We think we have found the same couple, but what we do not know (until we checked the pictures after the incident) is that "Scarface" probably got beaten up & chased away during the night by an even bigger & more dominant male. This guy has lost he tip of his left ear, so let`s call him "Holyfield". Holyfield is not often seen, but when he appears it`s usually in connection with some passionate love affair .... and he is known to be grumpy !! We approach the couple on the beach believing that the male is "Scarface", and on a pretty close distance one of us makes a lousy imitation of a male jaguar call. The reaction is immediate & unexpected  : "Holyfield" rolls up his lips, displays his enormous canine teeth, curl up his nose, puts his ears flat down ... and with a drooling roar launch a striking attack towards us. We`e in a flat little boat on the beach with the bottom litterally on the shore and we have no possibility to get away. Luckily for us "Holyfield" stops at 4 - 5 m, roaring & drooling, making a really scary impression ... before he attends back to the Lady in the shady bush. I understand of course that this was a very dangerous situation, but at the same time I dispair ... because I missed to get the best pictures. With a beating heart we pull back and put the boat on the shore a little bit further away. After this we loose them out of sight. At some stage my friend gets up and walks to the front of the boat to look for them. What we don`t know is that "Holyfield"& the Lady are in the middle of "the Act" behind the grass right in front of the boat, and the mere sight of the human beeing this close makes "Holyfield" furious !!! He pulls his dick out of "where ever it was", spins around and launch a new wild attack towards us. This time I`m ready to shoot !! .... and I instruct myself to stand my ground, overrule my natural reflexes to pull back and focus & shoot. However the frightening sight of 140 kg of drooling muscles with the most deadly bite among all cats in the world coming to take me ... is too much !! After a quick series of pictures I stumble backwards into the boat and shoot my camera up in the sky & down on the floor as I was trying to save my neck from the deadly tsunami !

After altogether 4 attacks we are still alive (!!) ... and pull back with enough adrenalin to fuel a spaceship to the moon !!! I will never forget this situation ! 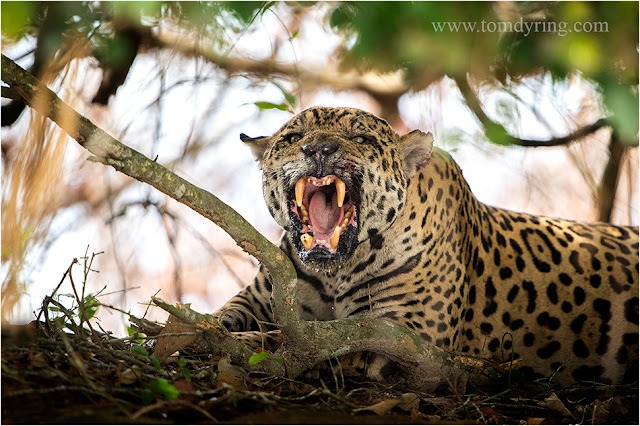 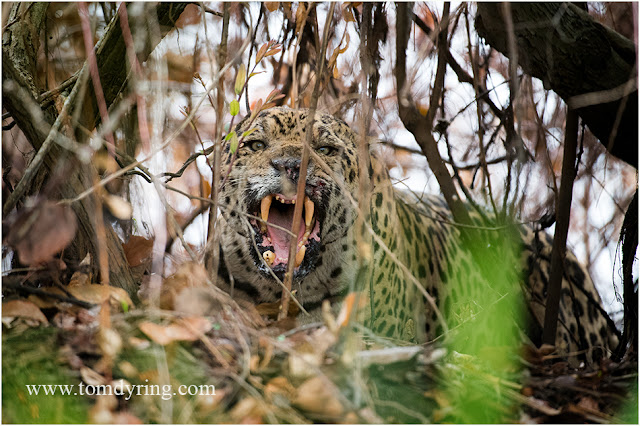 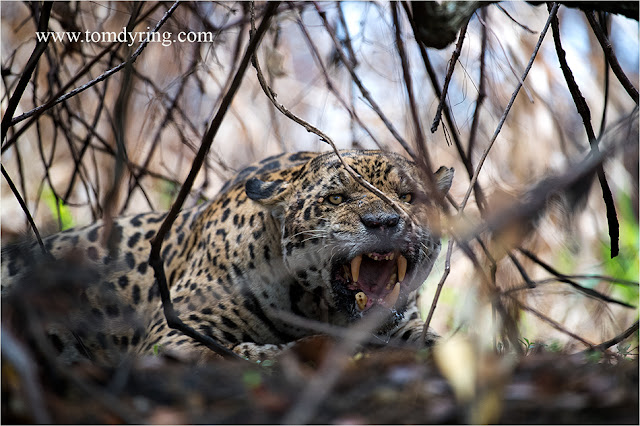 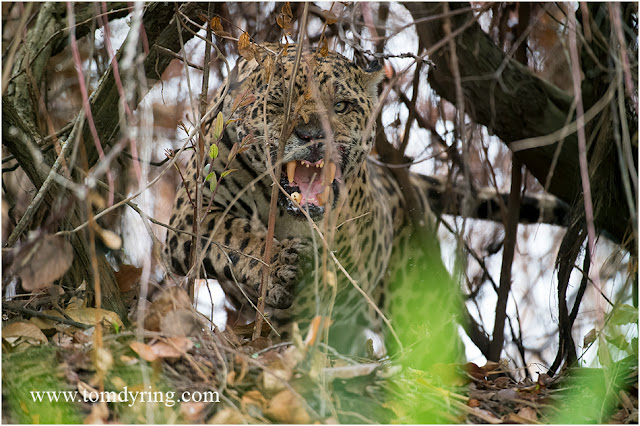 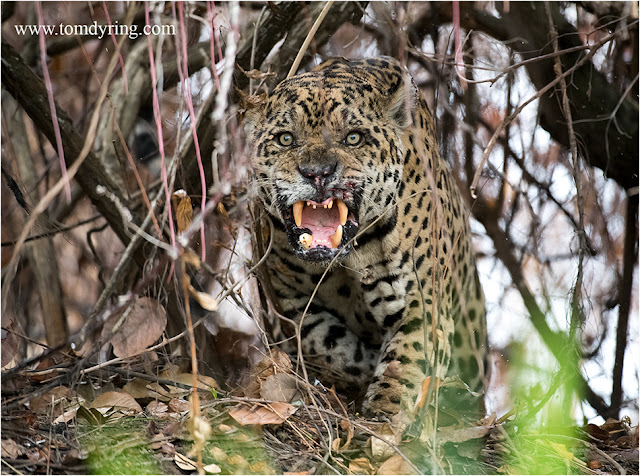 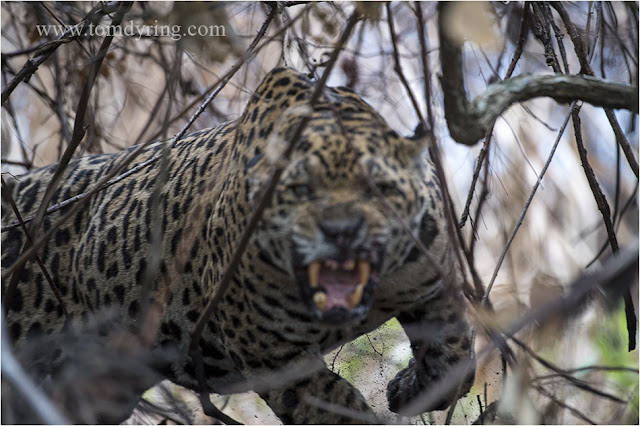 This is where I stumble backwards and loose focus ! Although unsharp it gives an impression of the situation ! 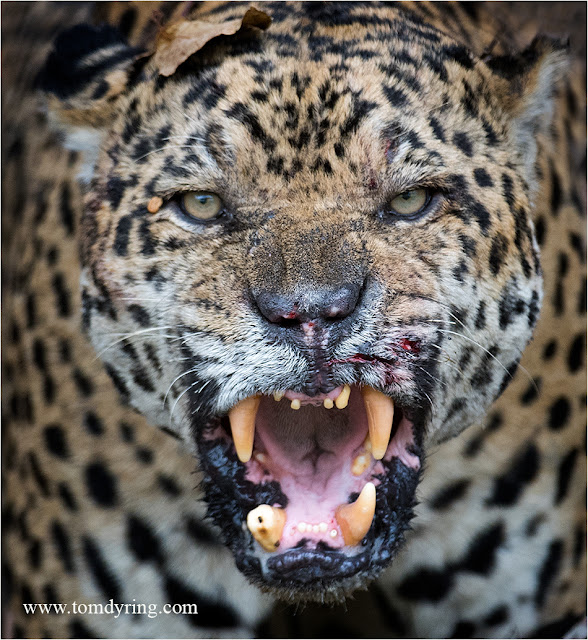 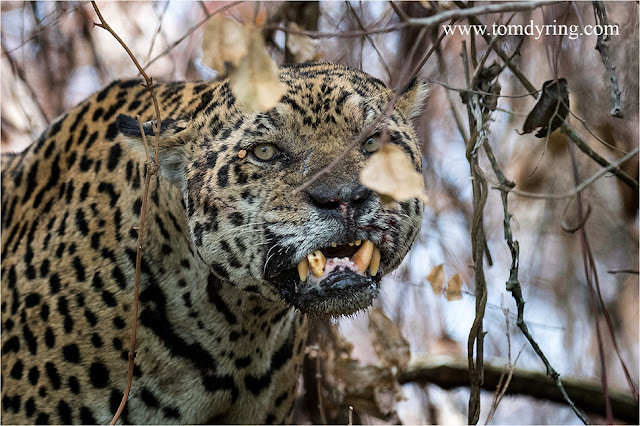 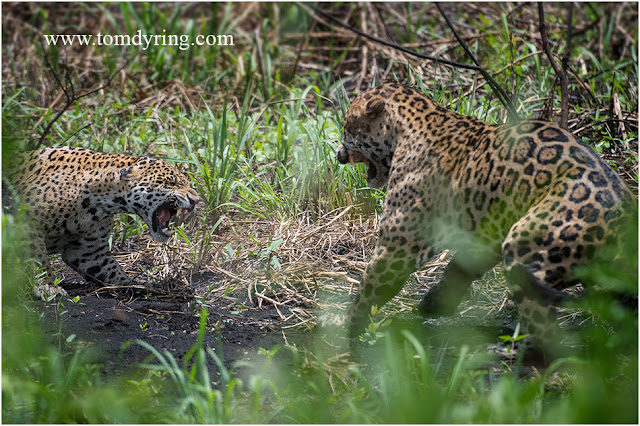 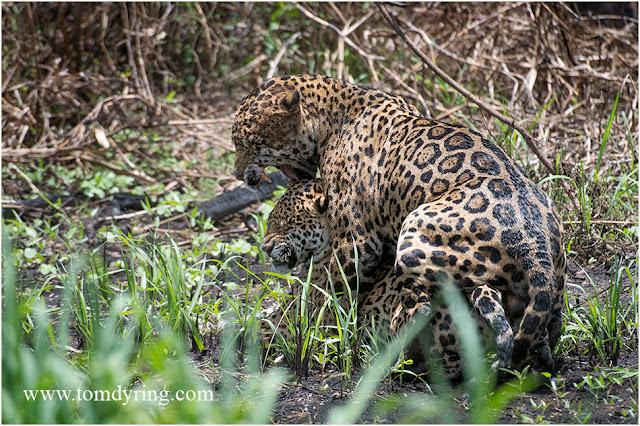 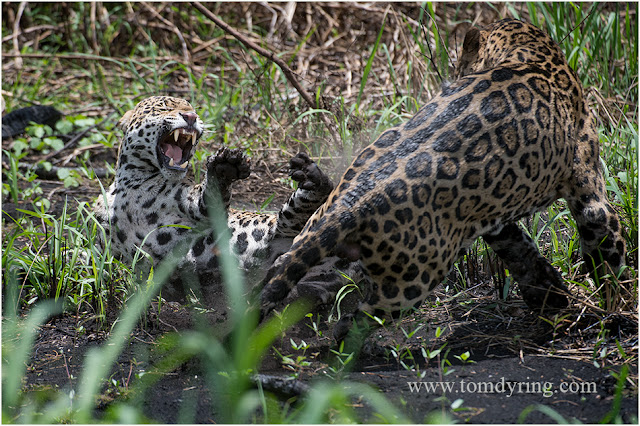 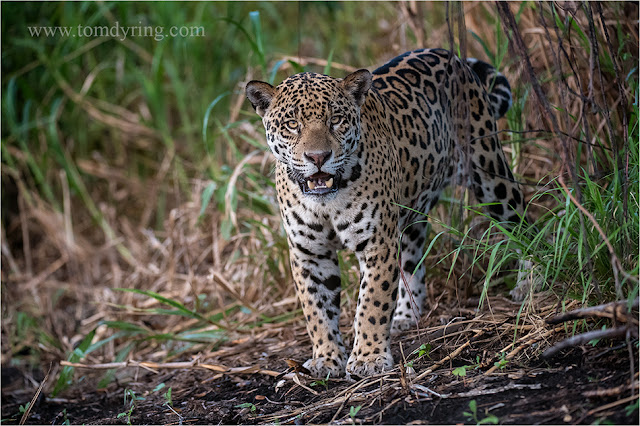 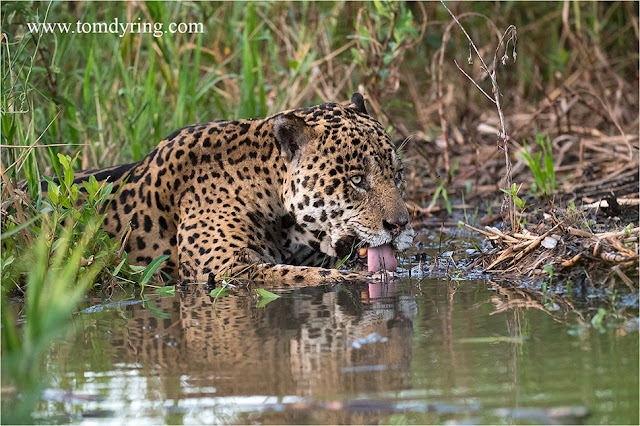