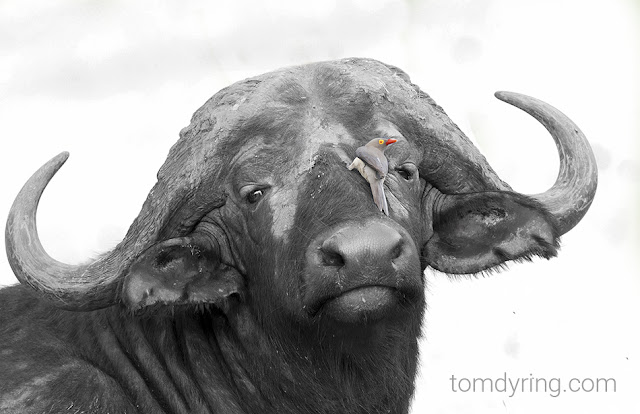 African Buffalos are huge, rough animals and big bulls can weight up to 850 kg ! Old males often form small groups separate from the main herd and they have a reputations to be grumpy, especially in the wet season when food is plenty and they are in good shape. I've seen them fight several times, but never as dedicated and deadly as this fight. They were already fighting when we arrived, don`t know how long they had been going and we watched the fight for at least 30 more minutes .... before it dramatically ended in the ditch. The raw power, the loud groaning noise and the aggressive attitudes of these dinosaurs, full of muscles, hormones & adrenaline, was simply amazing .... and a little frightening ! We had to pull back several times or they would simply have demolished the car.

At some stage a third bull comes along and inspired by the ongoing battle, he enthusiasticly dives into the fight attacking one of the other bulls from behind. The horns from the third bull rips up big open wounds in stomach and inside of back legs of one of the original warriors and he is bleeding seriously.

They all battle away on the field having no antennas of where the fight was taking them and suddenly all 3 bulls, one over the other, fall into a deep ditch full of water and mud. Mother earth simply swallowed them, we can no longer see them, but the the groaning noise from the deep was telling us that they were still in fighting mode. One of the 3 bulls managed to get out relatively easily, but the two remaining ones were stuck in the hole and as the groaning noises were decreasing into total silence, it was my assumption that one of them or both were drowning. Hyenas were gathering around and a big male lion was also approaching.

As the photographer in me prepared for dramatic last act of the ongoing buffalo adventure and I was thinking of a new good story for a picture presentation back home .... the 2 bulls simply climbed out and walked home ! Good for them :-)

Thanks to Oltepesi Tented Safari Camp 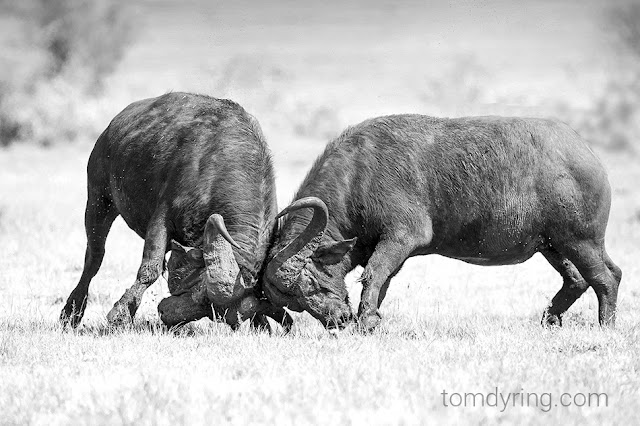 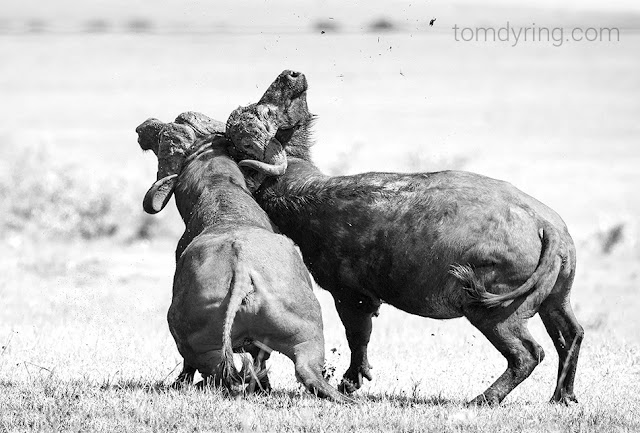 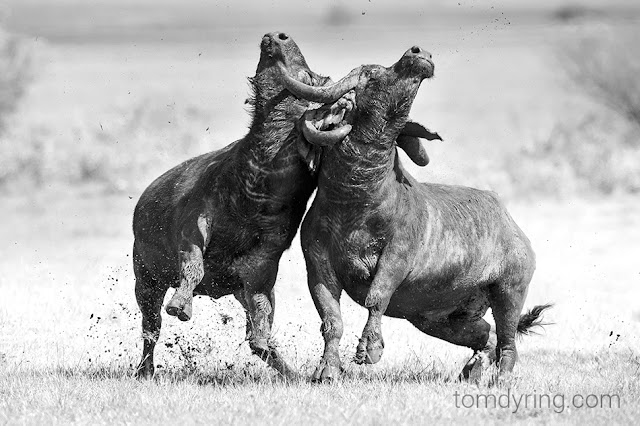 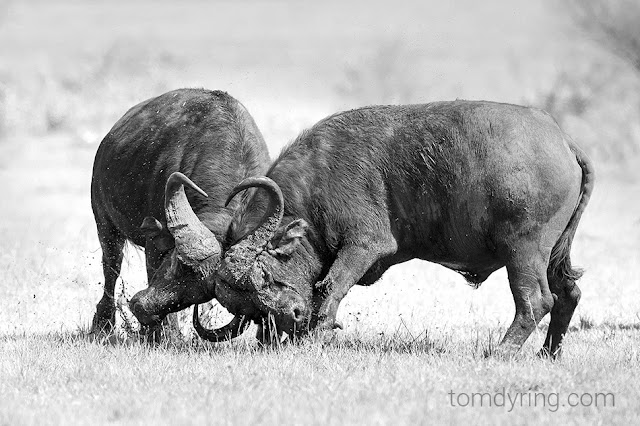 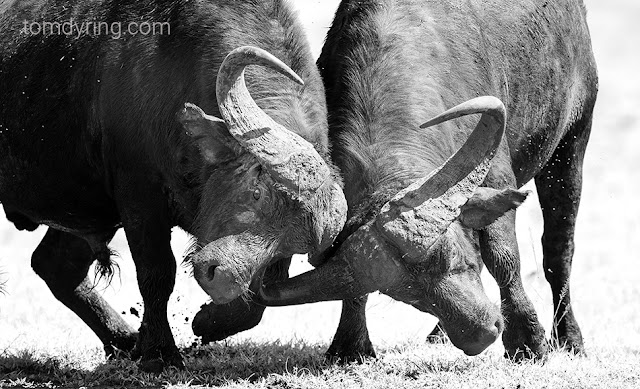 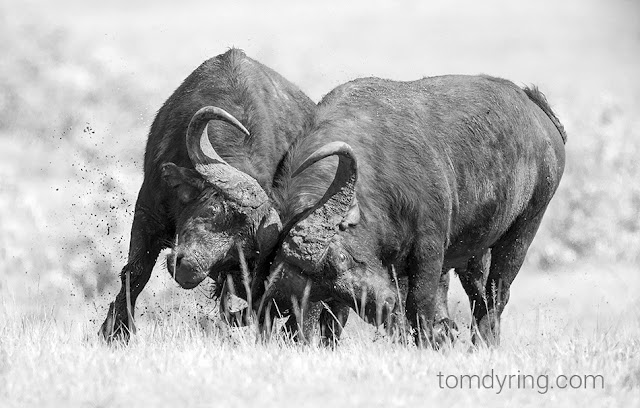 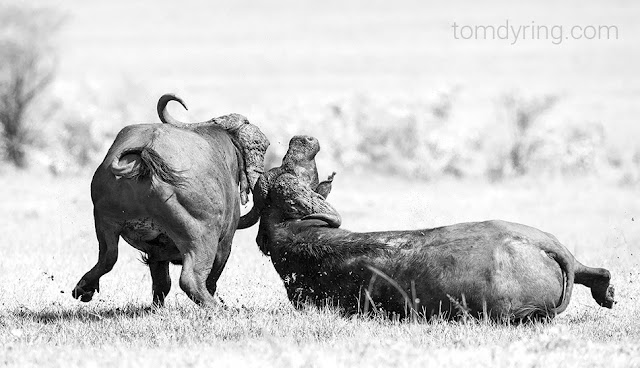 With the horns locked into each other one bull has managed to force the other to the ground ...

... and as the opponent is grounded he is beeing attacked with full force !! 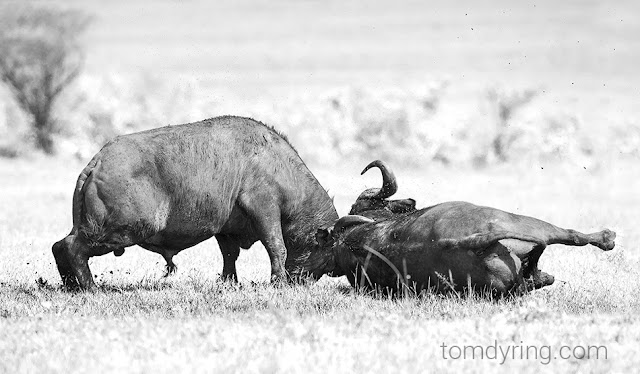 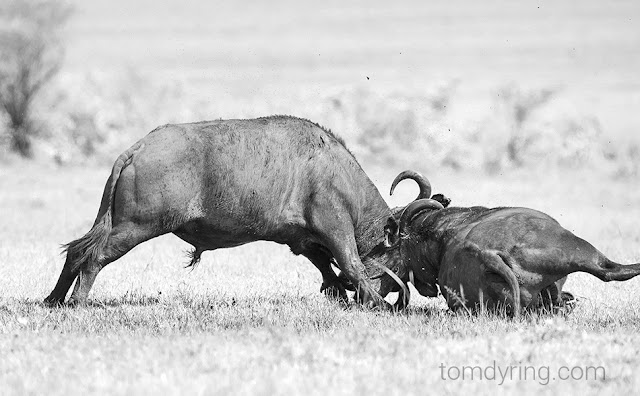 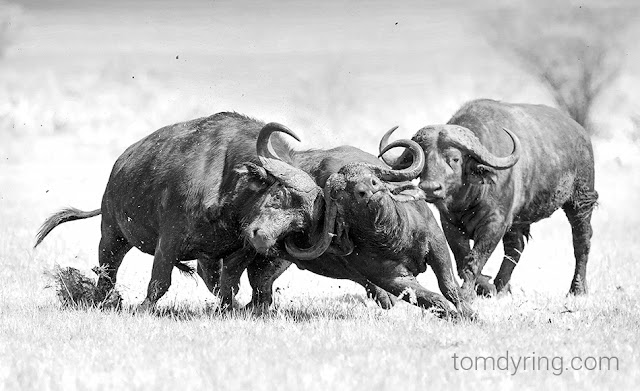 A third bull enters the battle ... 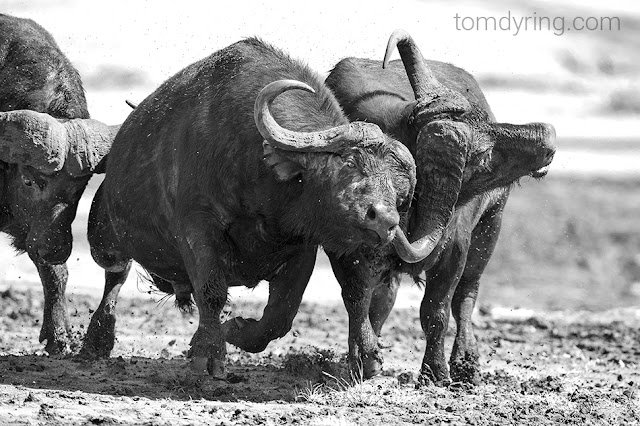 ... and attacking the others from behind 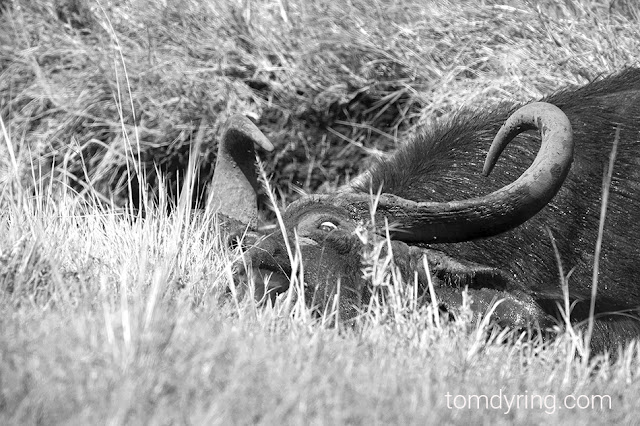 2 bulls down in the deep ditch 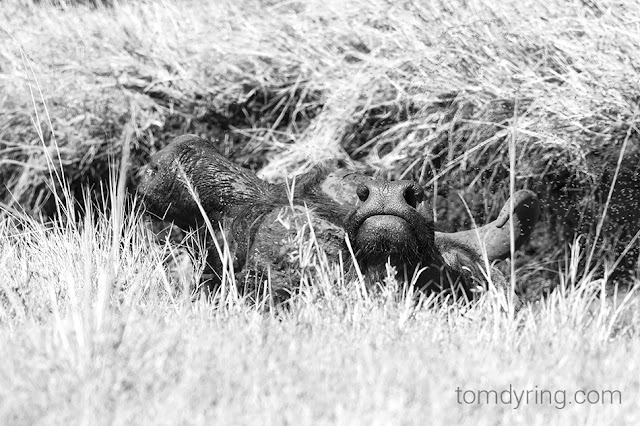 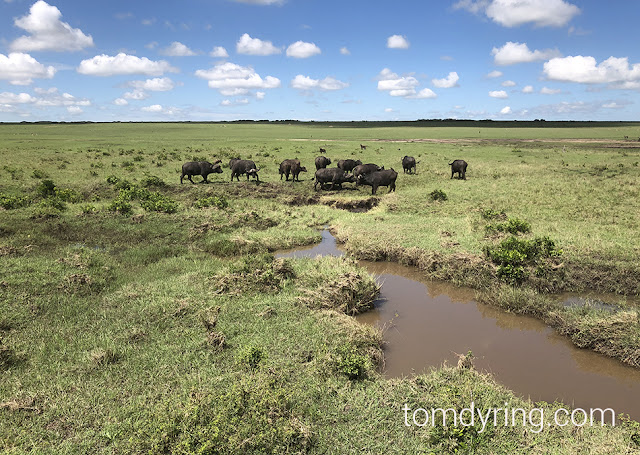 As the 2 bulls did not come out, the buffalo herd came to edge of the hole to inspire them to come to their senses and come out. Hyenas can be seen behind (iPhone picture)
Lagt inn av Tom Dyring kl. 05:38 3 kommentarer: