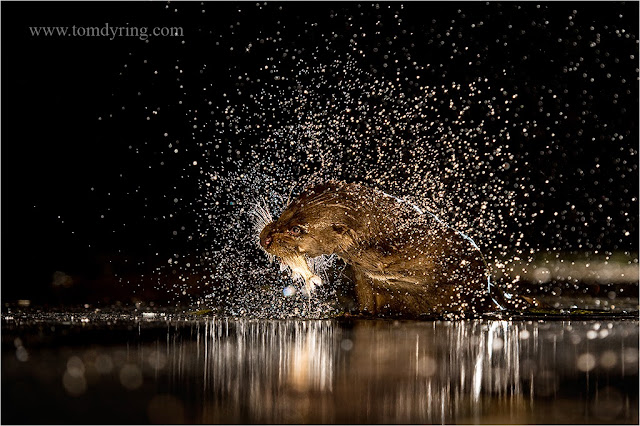 By autumn 2014 my friend Bence Matè set up an infrared camera to monitor the pond by one of his heron-hides at night-time, and to his surprise this revealed an unexpected visitor : a family of local otters had found the "underwater-boxes with heron food" and was feeding regularly every night on the fish from the boxes. I had the pleasure to shoot these magnificent animals for the first time in January 2015, and as I returned to Hungary in May this year I had the chance to do them again. The normal procedure would be that the bigger male would arrive first and feed alone and then later the female with 3 cubs would arrive, more or less together. When I was there in January the cubs had already reached adult size, and by May they were still hanging around with "Mom". Altogether I spent 4 full nights with the otters ….. and I really had a great time with them !!

Since otters are strictly nocturnal the shooting inevitably involves the use of flash (which is not my favorite gadget !!) … and like many other wild (and even shy !) animals the otters did not react upon repeated flashing. However the action was hard to shoot because they were always, constantly & continuously in rapid movement … and the focus light was poor. 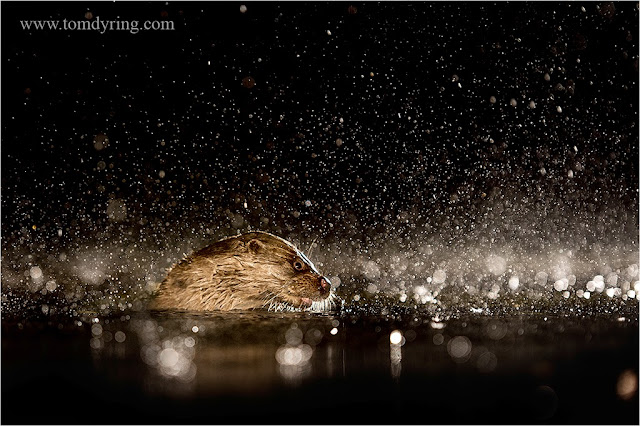 A heavy rainstorm is washing the pool with backlight flashing 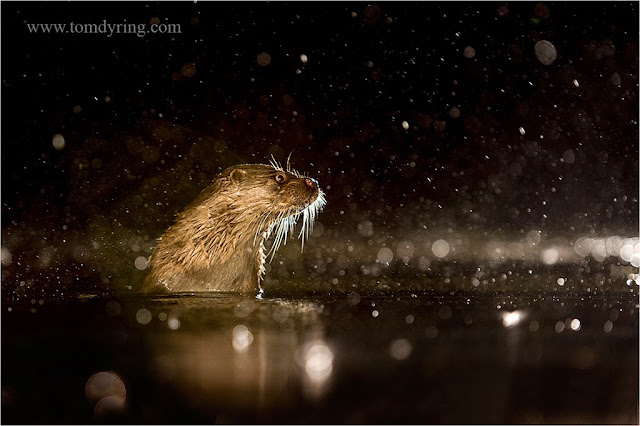 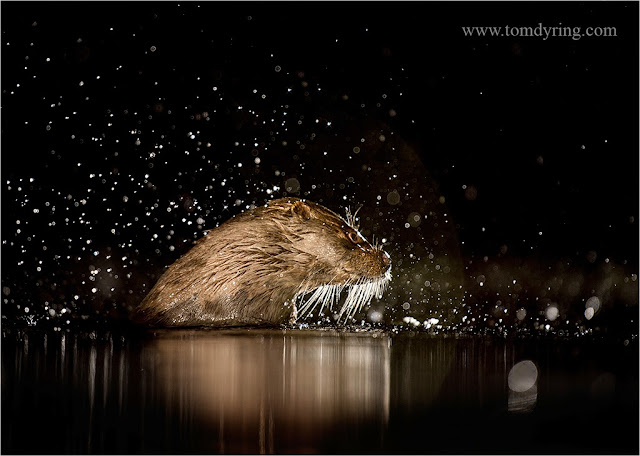 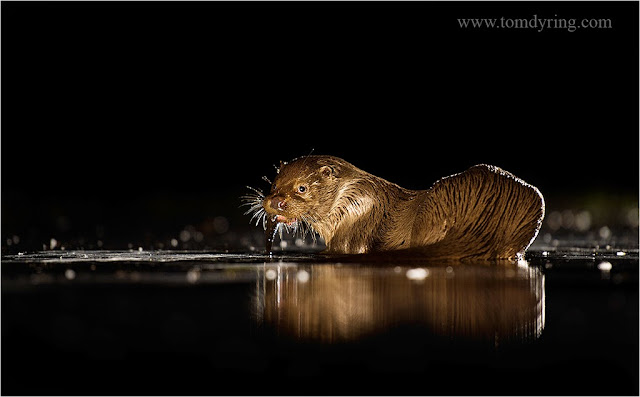 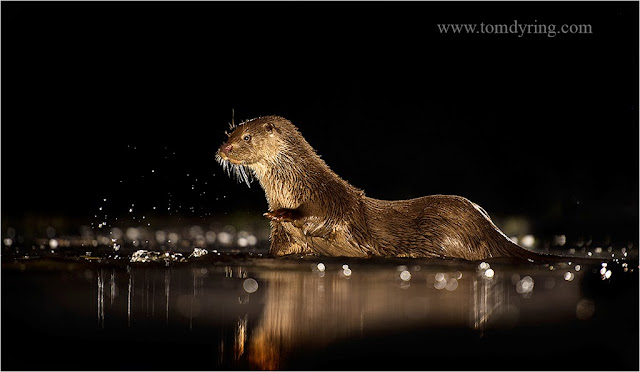 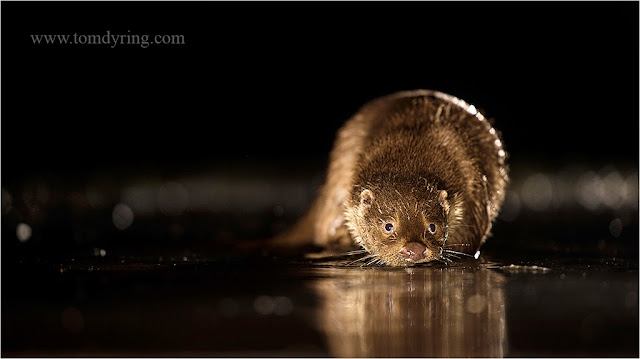 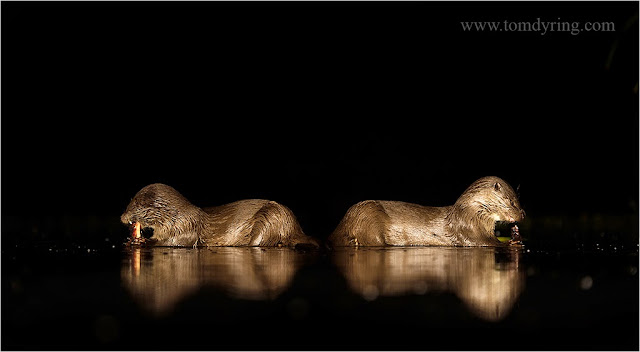 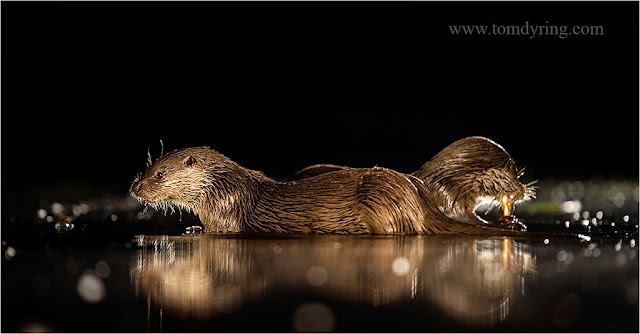 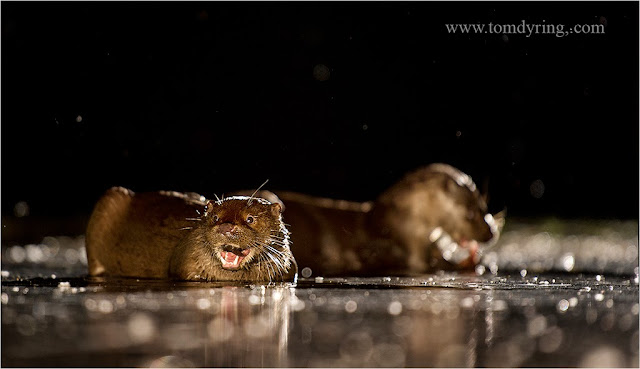 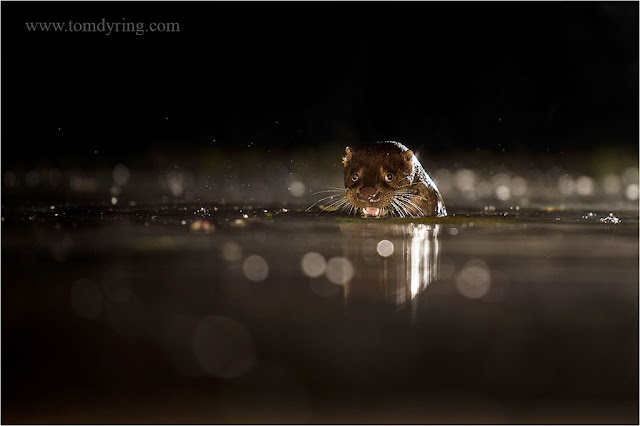 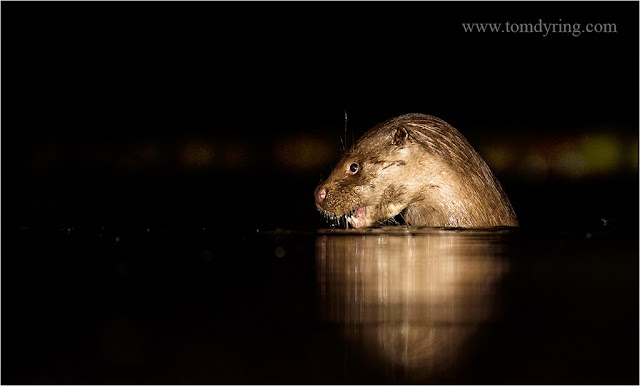 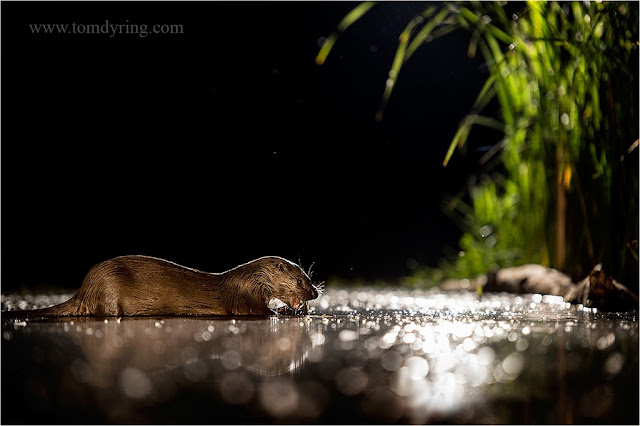 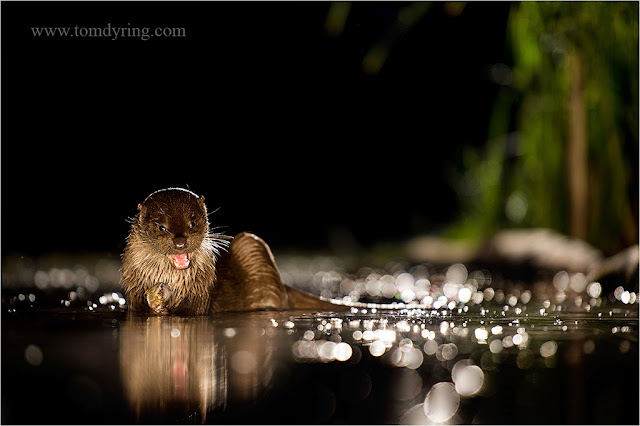 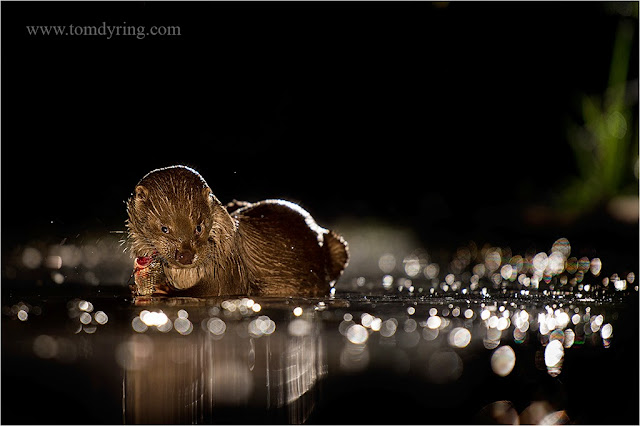 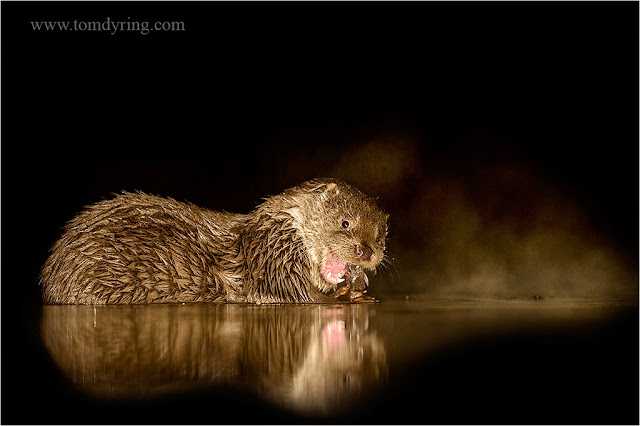 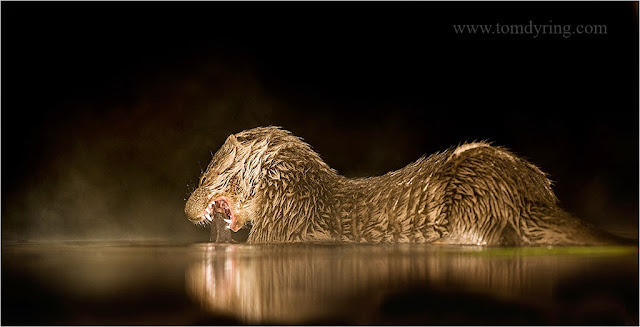 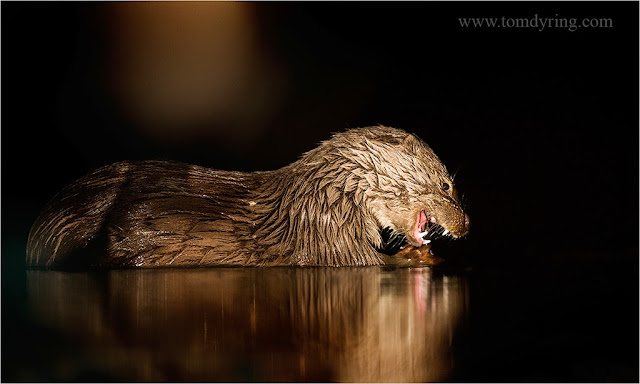 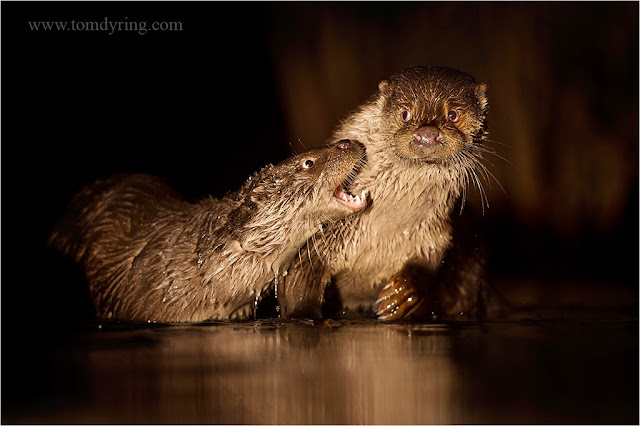 Mom & one of the playful cubs 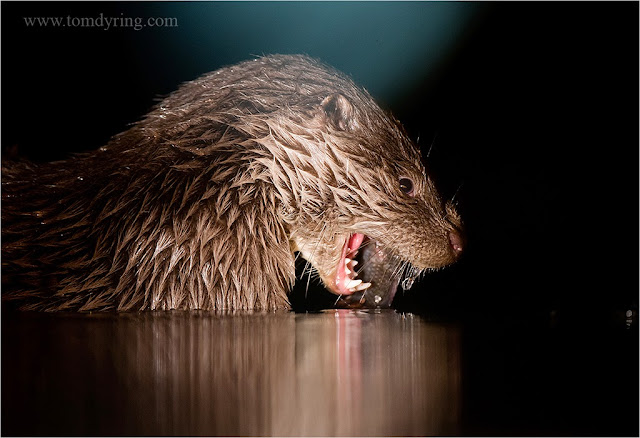