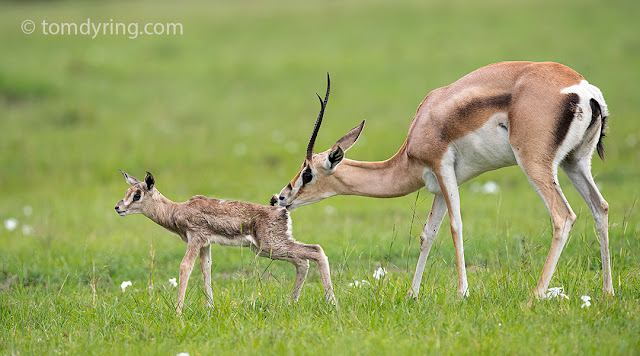 The Grant Gazelle mother had just given birth and the calf was still wet from birth on the ground as a couple of Blackbacked Jackals came by trying to snap the newborn for their own familiy meal. The gazelle mother bravely  defended  her "baby" risking her own life with the jackals. The chase went back and forth, sometimes jackals attacking gazelle mother and sometimes the gazelle fighting back. The jackals knew their business, probably having done this before, they were patient and never gave up. After 1 1/2 hours (!!) of intensive battling the jackals finally had a chance to access the calf and as they managed to chew a hole in the calf`s stomach ... the drama was over.

None of these pics are great photography and the light was hard, but they tell a story ... and that`s what my photography is all about ... so I still post them. 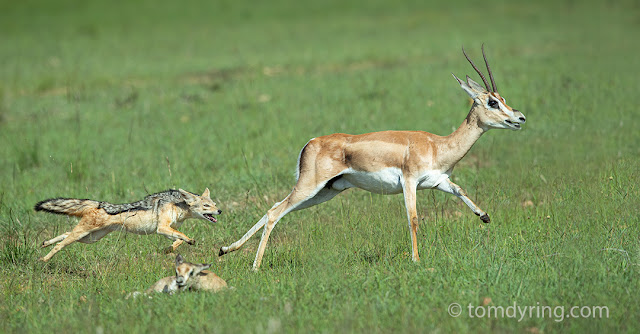 A jackal bite to the legs could be fatal for the gazelle, so she tries an escape leaving the calf unprotected on the ground. 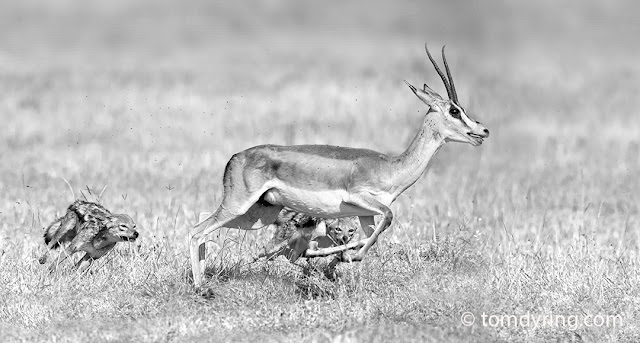 A bite to the legs could make the adult gazelle "jackal-food" as well, and only a limping injury would make her extremely vulnerable for lions & hyenas ... and she knows this !

Gazelle mother bravely turning around to confront the attacking jackals. 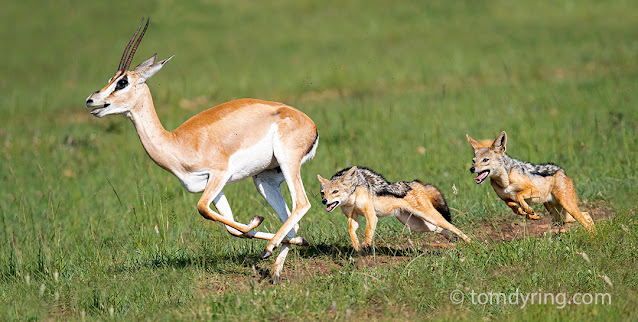 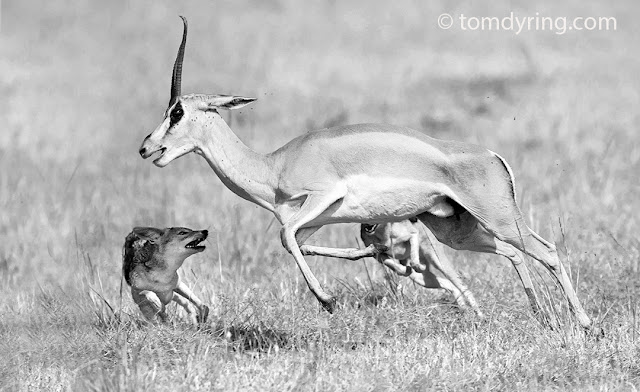 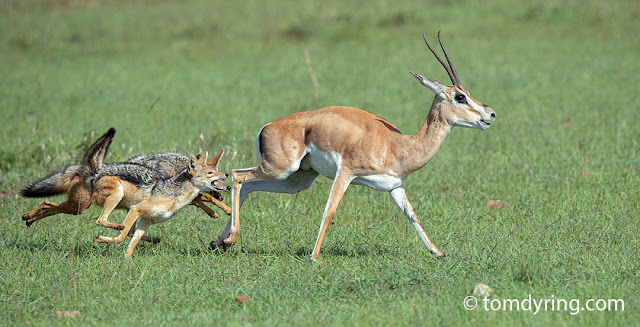 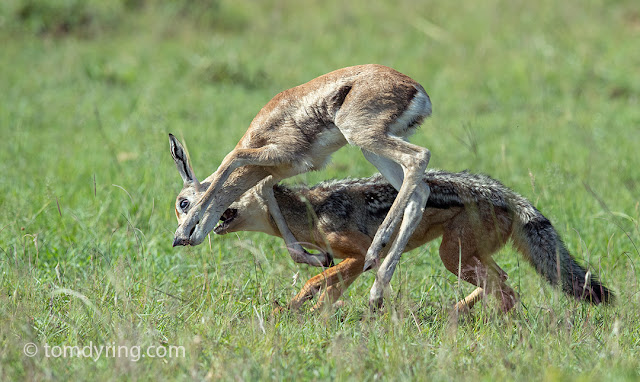 The gazelle mother is exhausted and jackals access the calf 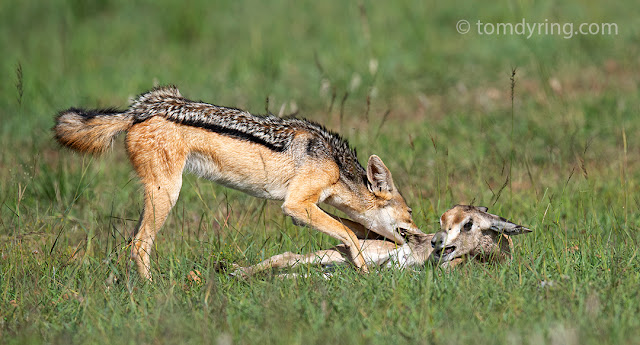 Chewing a hole in the calf`s stomach finishes the drama. This was of course tough to watch as a human, but nature`s rules are consequent ... the jackals were hungry and needed that food, and besides if we had interfered in the situation to scare the dogs away, the gazelle mother would have been chased away too ... and the calf would still have ended up as predator food .